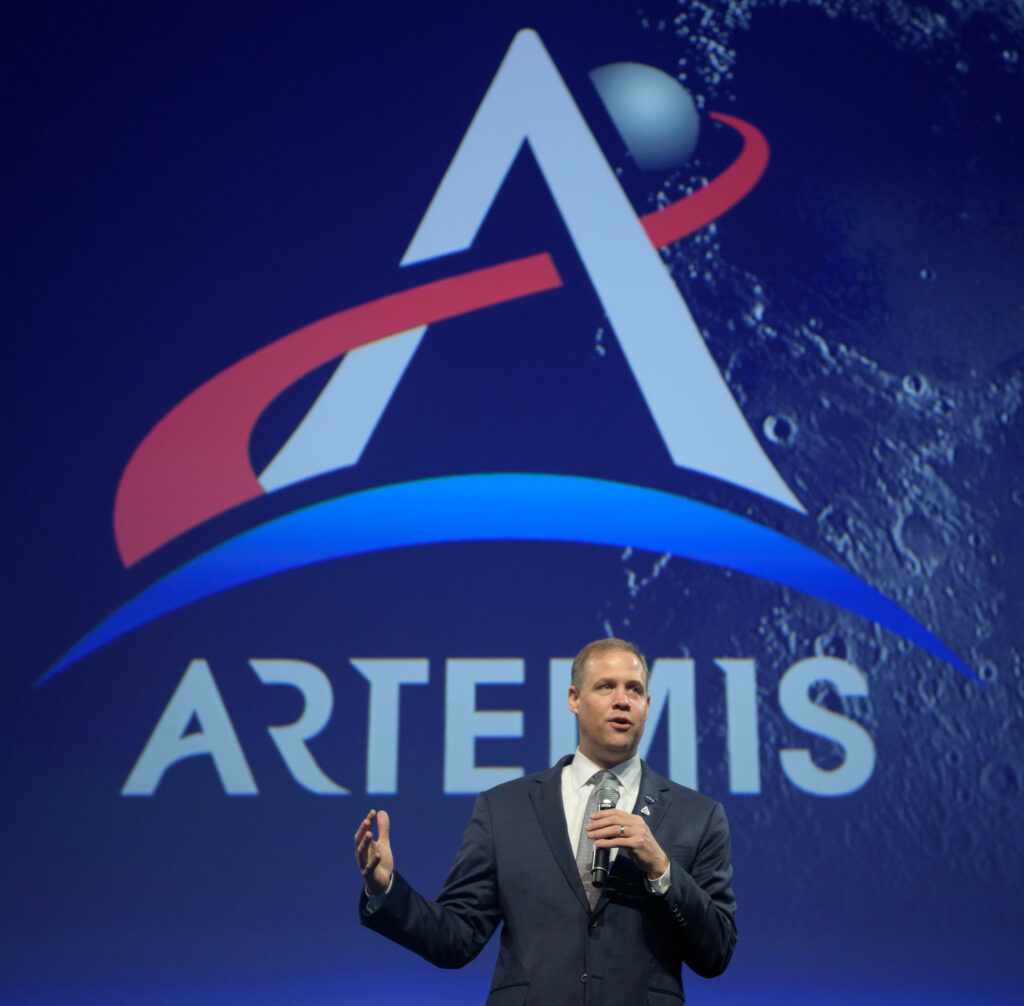 Jim Bridenstine has dedicated his life to the United States of America. First as a Navy pilot, then a U.S. Congressman, then as the NASA Administrator. He is currently an advisor, independent consultant, speaker, and media contributor.

Jim Bridenstine was nominated by President Donald Trump and confirmed by the U.S. Senate as the 13th Administrator of the National Aeronautics and Space Administration (NASA), where he was responsible for managing NASA’s 70,000-person workforce and $23 billion annual budget.   As administrator, he led NASA in advancing American aeronautics, science, and space exploration objectives.

Under Bridenstine’s leadership, NASA launched the Artemis program to explore the Moon a prepare for missions to Mars. Through the Artemis program, NASA developed the Orion crew capsule and the Space Launch System (SLS) rocket, the most powerful rocket ever built. These state-of-the-art systems will help build the Gateway, an open architecture space station orbiting the Moon for deep space science and discovery. The Gateway will also include commercial experiments and development, including a commercial Human Landing Systems (HLS) that will give astronauts access to more of the Moon’s surface than ever before. Under the Artemis program, astronauts will learn how to live and work on another world for long periods of time utilizing in situ resources in preparation for long endurance missions to Mars.

Bridenstine also utilized commercial partners to lead America’s return to human spaceflight in 2020, which was lost after the retirement of the Space Shuttles in 2011. He did this while managing the continued commercial resupply of the International Space Station. Additionally, Bridenstine established the Commercial Lunar Payload Services (CLPS) Program to partner with private enterprise in landing rovers on the lunar surface. These rovers will contain tools and science experiments in preparation for the arrival of American astronauts. 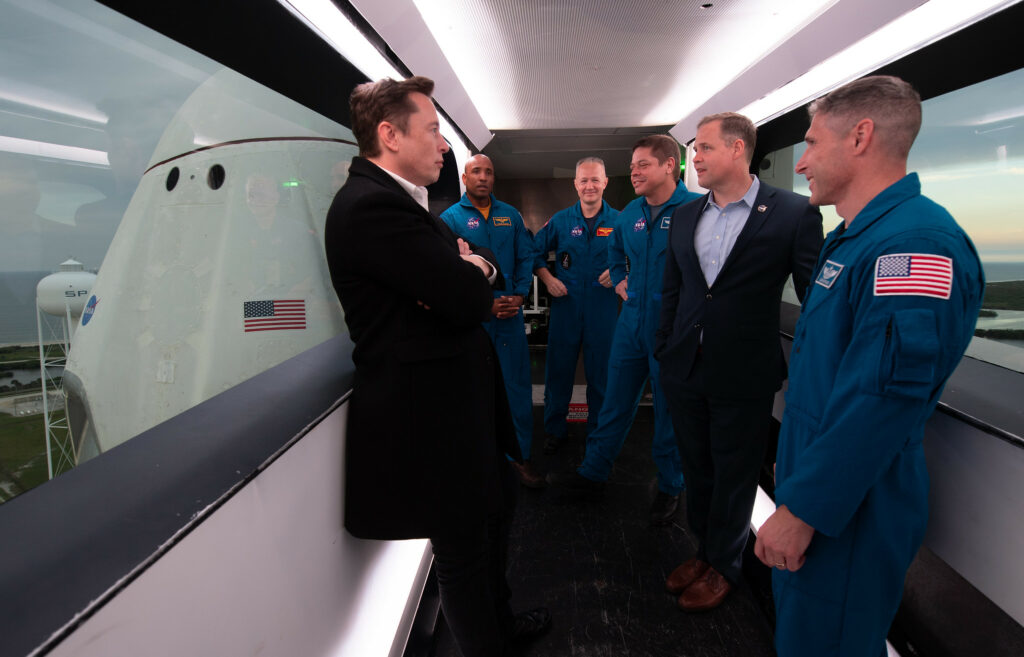 During Bridenstine’s tenure, the agency reinforced aeronautic development of the X-59, a quiet supersonic aircraft, and the X-57, the agency’s first all-electric airplane. He has also backed NASA’s aeronautical innovators to develop the Unmanned Aircraft Systems Traffic Management to facilitate the safe use of drones for commercial enterprise and in everyday life.

The agency’s dynamic science portfolio under Bridenstine included landing on Mars twice, including a life-seeking rover named Perseverance currently operating in a now-dry river delta in the Jezero crater on Mars.  Bridenstine’s tenure also enhanced the nation’s fleet of Earth-observing satellites, launched the Parker Solar Probe which is now flying through the Sun’s atmosphere, and made final preparations of the James Webb Space Telescope currently sending the most stunning images of the cosmos back to Earth.

Prior to serving at NASA, Bridenstine represented Oklahoma’s First Congressional District in the U.S. House of Representatives, where he served on the Armed Services Committee and the Science, Space and Technology Committee.

Bridenstine used his time in Congress to ignite an enthusiasm for commercial, civil, and national security space development. As a Congressman, he was recognized by SpaceNews as one of “5 Space Leaders Making a Difference”.

He was part of a small group of Strategic Forces Subcommittee members who created the Space Force. After advancing through the full Armed Services Committee, it received 344 bipartisan votes on the Floor of the House, before being killed in the Senate. It eventually became law with strong advocacy from the White House. 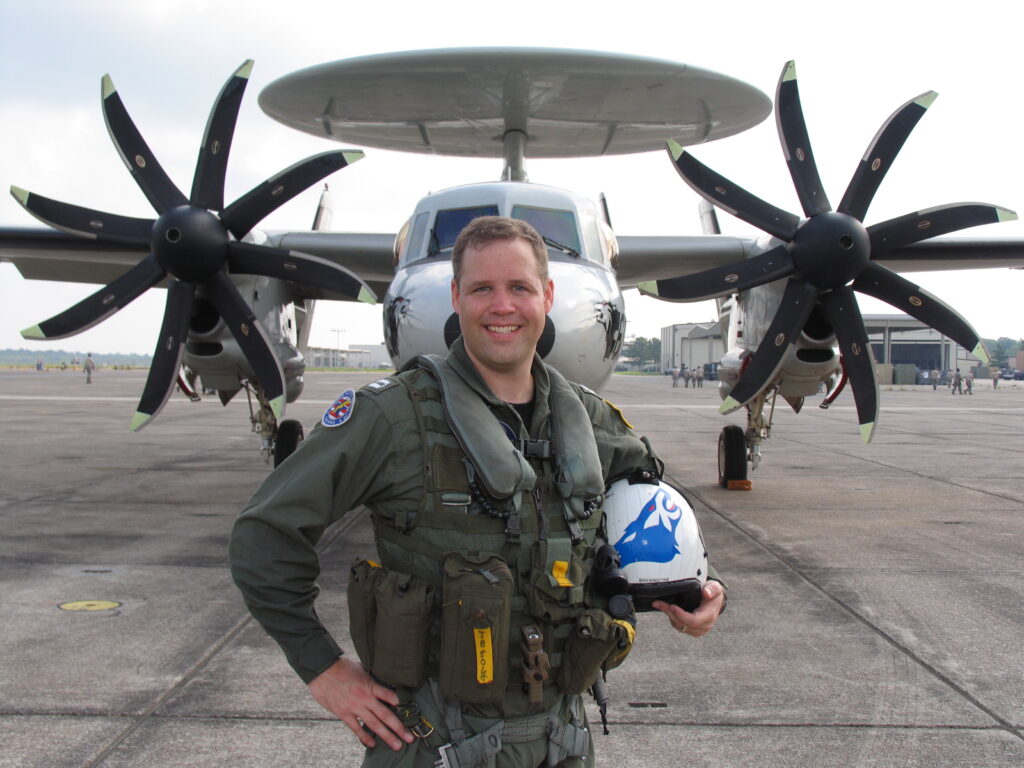 Bridenstine’s career in federal service began in 1998 as a pilot in the U.S. Navy. After flight school, his first assigned aircraft was the E-2C Hawkeye which he flew off the USS Abraham Lincoln aircraft carrier. It was there that he flew combat missions in Iraq and Afghanistan and accrued most of his 1,900 flight hours and 333 arrested landings on an aircraft carrier. In these campaigns he earned an Air Medal and a Navy Commendation Medal with Combat “V” among others.

He later transitioned to the F-18 Hornet and flew as an aggressor at the Naval Strike and Air Warfare Center, the parent command to TOPGUN.

After transitioning from active duty, Bridenstine returned to Tulsa, Oklahoma, to be the executive director of the Tulsa Air and Space Museum & Planetarium, continued serving in the U.S. Navy Reserve, and eventually ran for U.S. Congress.

Bridenstine completed a triple major at Rice University in Economics, Business, and Psychology and an MBA at Cornell University. He is an Eagle Scout and graduate of Jenks High School in Jenks, OK. He and his wife, Michelle, have three children.